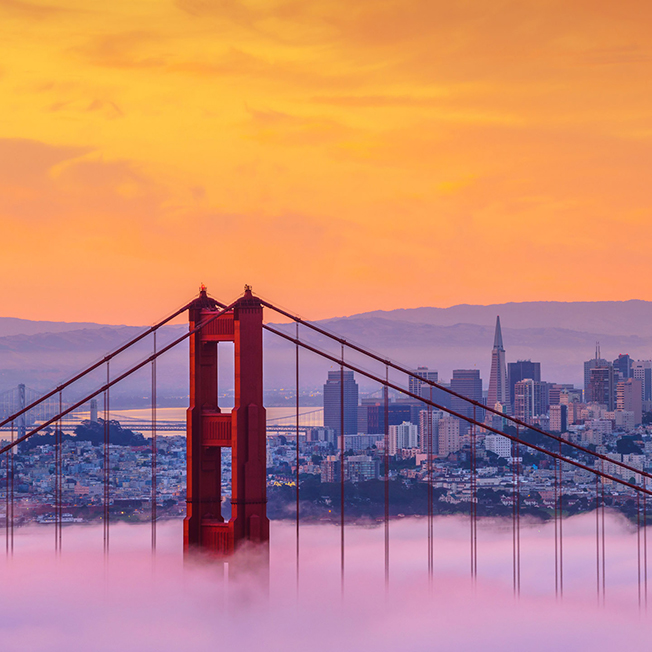 by Ossie Ravid and Hugh Goodwin

The cost of living and doing business in California is high. This is especially true in San Francisco and Silicon Valley where most of the country’s technology companies are located. Over the years, we have advised many clients (both individual and corporate) on the tax consequences of moving themselves or their businesses to another state, usually a no-tax or low-tax state.

If you are considering such a move for yourself or your business, there may be a number of state tax issues to consider, some of which are discussed below. While this article does not address all taxes and cannot take into account each individual or business’ unique facts and circumstances, we highlight some key tax considerations if you are contemplating a move. For ease of illustration, we have limited our discussion to only two states outside California: Texas and Nevada.

The immediate tax concerns may vary depending upon a number of factors, including the current life cycle stage of the business as well as the business’ profitability. Thus, income taxes may not seem relevant when your business is operating at a loss. Nevertheless, we assume most businesses expect to  eventually earn a profit, so these taxes may take on greater relevance in the future. In the meantime, other activity or transaction taxes could still apply, regardless of whether the business is generating a profit. Gross receipts taxes, which generally substitute for income taxes, are based on receipts rather than profits. These taxes become relevant as soon as sales are generated, whether or not a net profit is realized. Gross receipts taxes apply in a limited but increasing number of jurisdictions, are imposed on the seller and usually cannot be passed on to customers. In addition, sales and use taxes, which generally are collected from, and can be passed on to customers, apply regardless of profitability. Finally, when a business becomes subject to state income taxes, there are certain principles to keep in mind for determining if the business has a connection (or nexus) with the state and how to source and apportion its income to the state.

Most states impose either an income tax or a gross receipts tax on businesses with a connection or nexus to the state. While there may have been instances decades ago where only businesses with offices in the state were subject to tax, times have changed. Now, in some states including California, a business can be subject to tax merely by making a certain amount of sales to in-state customers (so called “economic nexus”). The income that is subject to tax is then determined by the percentage of total sales that are made to California customers. This tax and income calculation method is often referred to as market-based sourcing and means that, in most cases, your business will pay the same amount of California tax it paid before the move assuming that your business’ California sales and aggregate profit remain the same.

[Footnote: If your business is in San Francisco and paying San Francisco taxes, leaving the city may mean paying less city taxes.]

If your business sells goods and it was already filing franchise tax returns in Texas, then its Texas tax liability should remain the same if its Texas receipts are unchanged. If, however, your business sells services (which may include certain SaaS products), then Texas may take the position that the revenue from these sales is sourced to, and taxable in, Texas. This is because Texas looks to where the service was performed as a method of sourcing receipts. Note, however, that there is some Texas authority that could lead to a sourcing result based on market. Accordingly, before taking any filing position, we recommend retaining a tax advisor to review the application of Texas’ product or service characterization, sourcing methods and apportionment rules to your particular circumstances.

So is Nevada better?

Nevada’s version of a business activity tax is less complex than the tax schemes in Texas and California. Nevada imposes a gross receipts tax on all businesses that have nexus in Nevada and Nevada gross revenue exceeding $4 million. But Nevada, like California, adopts a market-based approach for sourcing receipts from both sales of goods and sales of services. So, while your business will still have to pay tax to California, it will not have to pay any additional tax to Nevada if it moves there unless the business did not have nexus in Nevada before the move and its Nevada gross revenue exceeds $4 million.

Is there anything else to worry about?

Potentially. There are all sorts of other taxes that states impose on businesses, but we particularly want to highlight sales and use taxes and property taxes, especially if your business is considering a move to Texas.

Most businesses think only about sales and use taxes in the context of selling goods.  While there may be a general awareness that the taxes apply to the provision of some services, businesses familiar only with the California sales tax generally may not be aware that other states extend their sales taxes to a broader range of services than does California. Unfortunately, Texas is one of those states (there are several others also) that impose sales tax on services that many technology companies sell, including SaaS services and other remotely accessed or downloaded software.

Such taxes may not seem to matter if your business is already collecting tax in Texas or your business does not offer these types of services. It does matter, however, if you move your business to Texas and purchase these services for consumption or use in your supply chain in creating or producing an end-user product and the resale exemption does not apply. Your business will now have to pay tax on the purchase of such services that were not previously taxable when the business was located in California. Texan sales tax rates, however, are generally lower than comparable rates in California, so there may be some tax savings on purchases of tangible property, such as computers, that would also have been taxable when purchased for delivery in California.

Texas is also known for its high property taxes. Not only are the rates higher than California’s property tax rates, but Texas also taxes more business property, such as inventory. This will matter if you sell property and have inventory in the state as of January 1, whether or not such inventory is sold after January 1. Lastly, there is no Proposition 13-like protection in Texas, which limits annual increases on property taxes in California.

So is Nevada better?

Nevada is not necessarily better than California because neither state imposes sales tax on services that are typically purchased by businesses or property tax on inventory held by businesses. However, depending upon the county in which your business is located, the sales tax and property tax rates may be lower in Nevada than in California, so there may be some tax savings on purchases of property (such as computers) and on owning property in the state. Nevada also offers some property owners an abatement on property taxes, which operates differently than Prop 13, but serves a similar purpose of providing a tax savings to property owners.

Tax savings are not guaranteed when moving to another state. Not only can a state impose many types of taxes, but there is also the possibility that some items and services may be subject to tax in one state but not in another. This is why all factors should be considered when contemplating an interstate move.

Most people assume that moving to a no-tax state like Texas or Nevada means they will no longer have to pay income tax. This assumption is generally correct even when moving there from California because, under California law, nonresidents are taxed only on income received from California sources. However, there are a few exceptions to consider regarding California taxation.

The old adage don’t mess with Texas applies in spades to property taxes. Not only are the rates in Texas higher than California’s property tax rates, but there also is no Proposition 13-like protection in Texas, which limits annual increases on property taxes in California.

A move from California to a no-tax or low tax state should generally result in significant tax savings, but be aware that some of your income may remain subject to California income taxes, and be prepared to be audited by the California Franchise Tax Board. The test for residency is subjective, so be sure you are familiar with all the factors California will consider upon audit and make sure you are able to substantiate a case for non-residency. And don’t forget to maintain your records in an organized manner and save all documents and other evidence, especially those pertaining to your move.